Good reading about this:

Fix these things or get ready to say goodbye.

Well-trained marriage therapists have most likely studied the work of Drs. John and Julie Gottman. The Gottmans have done the most extensive research on marriage and what predicts divorce. He discovered four main predictors, which he terms the “Four Horsemen of the Apocalypse” and they are criticism, contempt, defensiveness and stonewalling.

All relationships have some of these, but if there is more than one present, a marriage therapist may have doubts about the longevity of the relationship.

The 4 Signs That Predict Divorce
1. Attacking the Person, Not the Behavior.

When criticizing, it is done in a way that implies something is wrong with you.
It may include attacking your partner’s personality or character, usually with the intent of making someone right and someone wrong. An example might be using generalizations. Saying, “you always…” “You never…” or “you’re the type of person who…” and “why are you so…”

Check out YourTango for relationship advice

This often makes the person feel under attack and in return, it provokes defensive reactions. This is a bad pattern as neither person feels heard and both may start to feel bad about themselves in the presence of the other.

It is important to make a specific complaint about a behavior, not attack your partner’s personality. For example, when X happened, I felt Y, and I need Z.

2. Feeling or Expressing Contempt Toward Your Spouse.

Contempt is any statement of nonverbal behavior that puts you on a higher ground than your partner. This could be mocking your partner, calling him/her names, eye rolling, hostile humor, hurtful sarcasm, sneering in disgust, etc.

It involves attacking your partner’s sense of self with the intention to insult or psychologically abuse him/her. This is the most serious of the four.

Couples must work to eliminate such behaviors and build a culture of respect, appreciation, tolerance, and kindness in the relationship.

3. Always Being On the Defensive (Even If You Don’t Realize It).

This is an attempt to defend yourself from a perceived attack with a counter complaint. Another way is to act like a victim or whine. This can look like making excuses (e.g., external circumstances beyond your control forced you to act in a certain way). Saying things like “It’s not my fault,” “I didn’t …” It can also be cross-complaining, such as meeting your partner’s complaint or criticism with a complaint of your own or ignoring what your partner said.

Other no-nos are yes-butting (start off agreeing but end up disagreeing) or simply repeating yourself without paying attention to what the other person is saying.

The best thing to do would be to try to listen from your partner’s perspective. Slow down and realize that you do not have to be perfect. Try your best to have conscious communication: speaking the unarguable truth and listening generously. Also, validate your partner — let your partner know what makes sense to you about what they are saying; let them know you understand what they are feeling and that you can see things through their eyes.

4. Stonewalling, Shutting Down or Walking Out.

This is withdrawing from the conversation and essentially the relationship as a way to avoid conflict. The stonewaller might actually physically leave or just completely shut down. Sometimes this is an attempt to calm oneself when overwhelmed, but it is most often unsuccessful.

People who do this may think they are trying to be “neutral,” but stonewalling conveys disapproval, icy distance, separation, disconnection, and/or smugness. Stonewalling can look like: stony silence, monosyllabic mutterings, changing the subject, removing yourself physically or the “silent treatment.”

The antidote is to learn to identify the signs that you or your partner is starting to feel emotionally overwhelmed and to agree together to take a break and that the conversation will resume when you are both calmer.

4 BIG Mistakes I Made As A Wife

Now that you know about the “Four Horsemen,” you can definitely do more to mitigate these factors in your relationship. Do you know that you need five times as much positive feeling and interaction as negative? This is the ratio at a minimum!

After an argument, claim responsibility for your part. Ask yourself, “what can I learn from this?” and “what can I do about it?”

Use what Gottman terms “repair attempts” during arguments that help to offset the tension. This may look like humor (used appropriately) or saying something like, “I’m sorry” or “I hear you saying…” or “I understand.”

Don’t push buttons and don’t escalate the argument. Start to recognize that all interactions are really a self-perpetuating cycle that you can exit from. Someone gets triggered, someone reacts, the partner reacts to this, and so on. Slow things down and ask what you are feeling under the surface (e.g., really hurt when you yelled in anger instead) and express that part of yourself.

We can all learn and benefit from the Gottmans’ research and if you still find the Four Horsemen are ruining your relationship, it’s time to seek out a skilled mediator. 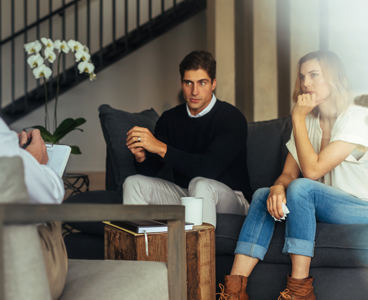 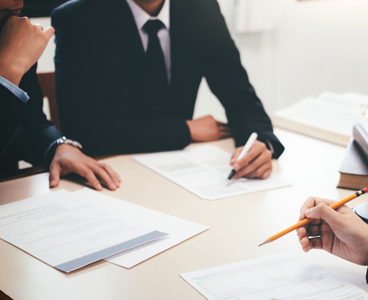 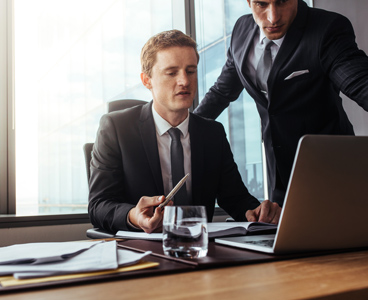